Border opening puts nearly half the Māori population at risk

A Covid-19 researcher says opening the Auckland border has exposed nearly half of the Māori population to the risk of contracting Delta – and children could be the biggest spreaders. 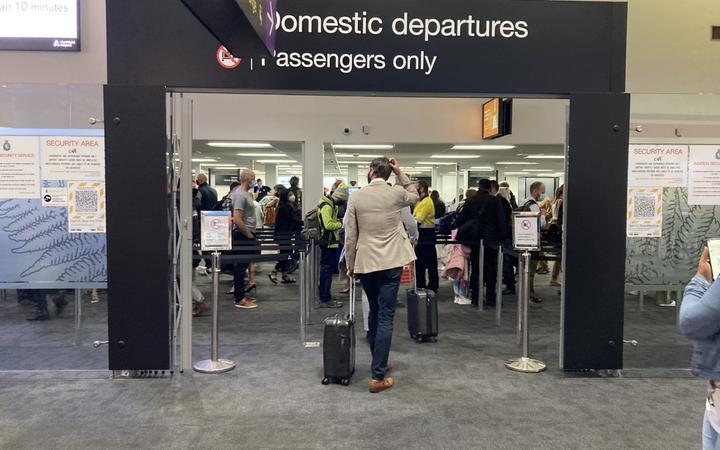 Dr Rāwiri Taonui says Māori cases have surged whenever the government has eased restrictions and allowed more people to move around.

It was unlikely the government had vaccinated enough people to prevent further spread of the virus now that the Auckland border is open, and Māori could brace for new outbreaks across the North Island, he said.

“Māori cases rose really dramatically when Auckland went to level three and that began a run of cases where Māori were the highest number of daily cases for about 58 days in a row.

“When Auckland went to level three, step two, there was an even bigger surge in Māori cases and a run when there were 100-plus Māori cases every day.”

Taonui said epidemiologist Professor Michael Baker called for children under 12 to have a negative test in the 72 hours before leaving Auckland, but the government had yet to act on the advice.

“Tamariki are exempt from the requirement to have a vaccine pass because they’re not eligible for the vaccine and they also don’t have to have a negative test before they go on holiday with their parents – and that’s one of the major risks.

“There’s been quite a high number of cases in terms of young people aged under 12 – I think more than 2000 infections.”

Taonui said one scenario was parents travelling for a holiday with their unvaccinated children, leading to an outbreak at a holiday spot which then makes its way into the wider community, and from there into an unvaccinated Māori community.

“If we think about the total number of Māori who are vaccinated and therefore how many Māori are at risk of the spread of Delta, then we’re talking about nearly 50 percent of the Māori population.”

The pattern in the past three days had been “zero Pākehā cases” with the majority of cases in the past 120 days being Māori or Pasifika.

“The biggest thing in front of us now is what happens with the Auckland border opening.”

A major risk was low double-dose vaccination rates for Māori in nine DHBs “from Northland down to Whanganui, across to Hawke’s Bay and back up through the middle of the island”.

“Those DHBs are the ones that are most vulnerable if there’s going to be a further surge in numbers now that the Auckland border is down,” Taonui said.

The Whanganui District Health Board says its vaccination rates for Māori have just hit 70 percent for double doses and are at 82 percent for first doses.

Acting chief executive Graham Dyer says the DHB hopes its eligible general population will reach the 90 percent fully-vaccinated target early next year, but it estimates a longer timeframe for Māori to make 90 percent.

However, he says the DHB is seeing strong numbers coming through for Māori for both first and second doses.

Previous: Covid-19: Iwi collective urges whānau to prepare to be frontline carers Next: Ruapehu District Council tackles ‘huge’ level of gambling harm Back to all news