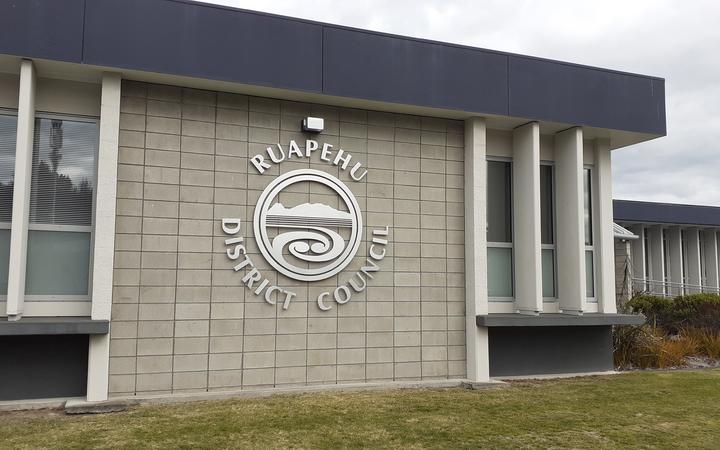 If adopted, the policy will block new pokie machines and venues in the district and prevent the transfer of existing machines and licences to new operators or locations.

The policy proposal aims to permanently reduce the number of gambling machines and venues in the district over time.

The council says the negative social impacts of pokie machines outweigh any positive contribution they make to life in Ruapehu.

According to research, there are between 28 and 168 problem gamblers in the Ruapehu district, the council said. That number does not include family and household members affected by the gambling.

Waimarino-Waioūru ward councillor Elijah Pue said he knows anecdotally that pokies addiction is prevalent in the district and is especially high among Māori and Pasifika.

“There is an understanding in our community of the level of gambling harm and it’s huge in Ruapehu.

“More importantly, the amount of support available in the Ruapehu district for those with gambling addictions is practically zilch. That, in itself, is an indicator to me that we need to do what we can to reduce the access to gambling for our people and for our most vulnerable, and that’s the whole idea around the sinking lid.”

Pue said he was aware of community concerns that the policy would cut the amount of funding available to community and sports groups from gaming machine proceeds, but he said the impact would be much less than expected.

In any case, the council considers the current system of funding from gaming machines to community and local sports groups to be “uncertain, unsustainable and unethical”.

“A number of important community social services and sporting groups rely on community funding and know that in doing so, the money is often coming from the very communities they are trying to support,” the council said in supporting information.

But the sinking lid policy would not result in immediate or drastic cuts in funding for community groups, the council said. It was a long-term strategy to balance the reduction of pokies and pokie-related harm with funding benefit to the community.

A social impact assessment for the district found that people living in high-deprivation areas are at high risk of experiencing harm caused by problem gambling. The council said introducing stricter levers in its gambling policies would result in a natural reduction in the number of machines over time but, because the decline occurs slowly, would not affect existing venues or current community grant funding in the short term.

“Sinking lids are policies of attrition,” the council said. “Venues are not forced to close or remove their pokies – it simply means if a venue closes, pokies cannot go to another pub and no new operator’s license will be issued.

“There are many councils around the country with sinking lid policies which have seen no reduction in the amount of funding available because they are designed for long-term effect.

“Council believes that this policy is the most effective way to control the growth of class 4 gambling. The prolonged effect of this policy allows community groups to still access funds collected from these [electronic gaming machines] whilst setting a time for council and the community to seek out alternative sources of funding that [do] not cause harm.”

The council has drafted the proposal as an amendment to its Class 4 (Gambling) Venue Policy which specifies whether class 4 venues can be established and, if so, where they can be located and the number of gaming machines allowed.

A consultation process has opened to allow for public feedback. Submissions are due by 4 February and a hearing will be held on 14 February, with the final decision due 23 February.

Previous: Border opening puts nearly half the Māori population at risk Next: Māori urged to ‘take action and work together’ to combat increased Covid risk Back to all news