The Department of Conservation (DOC) has closed the Whanganui River to kayakers and canoeists on the upper and middle reaches after four paddlers tested positive for Covid-19. 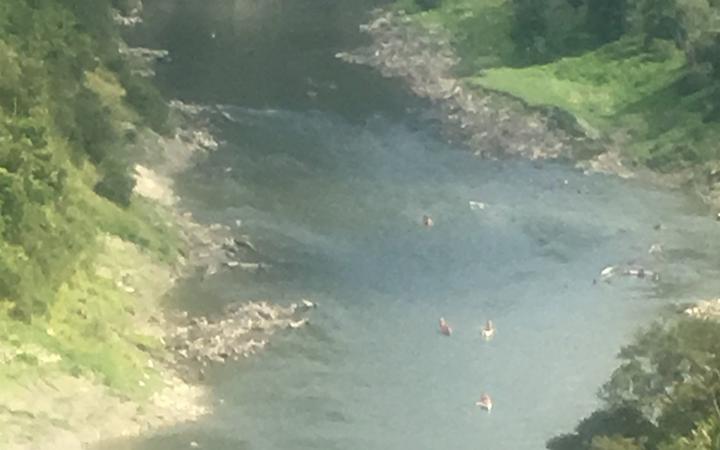 Canoeists on the Whanganui River. After paddlers tested positive, the Department of Conservation has closed the Whanganui Journey because of concerns for visitors and vulnerable rural communities. Photo: Supplied via LDR

DOC used its Evacuation Response Plan yesterday to shut down the Whanganui Journey from the Ngāhuinga entry point in Taumarunui to Pipiriki, its exit.

The decision was made because of concerns for the safety of visitors and vulnerable rural communities.

The river journey was listed as one of New Zealand’s 10 Great Walks, with thousands of visitors each year paddling all or part of the 145km section of the river over three to five days.

DOC said it closed the river journey with the agreement of iwi. It spoke with the chairs of iwi partnership group Te Rōpū Mana Whenua and Tieke rōpū Te Whānau o Tieke before announcing the closure.

Operators, concessionaires, i-sites and visitor centres had been informed the Whanganui Journey was closed until further notice.

Whanganui DOC operations manager Connie Norgate said the decision was taken when four paddlers tested positive after coming off the river at Pipiriki on Monday.

“Due to the remote nature of the journey, and our vulnerable rural communities, we need to take these steps to keep everyone as safe as possible,” Norgate said.

She said DOC staff and an iwi river monitoring team training with DOC would monitor river access and exit points at Ngāhuinga, Ohinepane, Whakahoro and Pipiriki.

They would be advising would-be paddlers that the Whanganui Journey was closed until further notice. Signage would also be placed at these places as soon as possible.

Paddlers who had come off the river between 24 and 28 February were encouraged to get tested if they experienced symptoms.

“We will look to reopen the journey after a deep clean of facilities has taken place and it is safe to do so,” Norgate said.

“The Mangapūrua/Kaiwhakauka and Bridge to Nowhere tracks and facilities remain open.”

DOC said those who had booked huts or campsites but were now unable to undertake the journey were entitled to a full refund.

Previous: Children at centre of Whanganui's Covid-19 outbreak Next: ‘Flocks of kererū and kākā’: Iwi wins $1.92m for ‘inland island’ eco-sanctuary Back to all news