Horizons Regional Council is proposing two new Māori constituencies for its local election in October next year, each with one elected member. 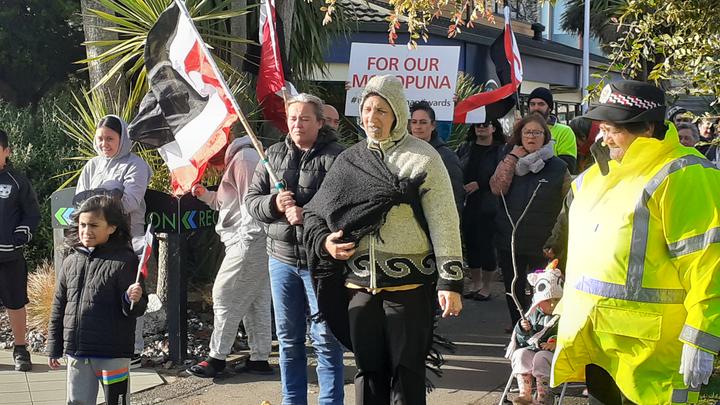 A hīkoi in support of Māori wards arrives at Horizons Regional Council before the vote in May. The council is proposing two Māori wards for the 2022 election. Photo: LDR / Moana Ellis

The council voted in May to establish Māori seats with members elected by voters on the Māori electoral roll. It is proposing two Māori wards in addition to the existing six constituencies with 12 general councillors, bringing the total number of councillors to 14.

The council says its initial proposal for representation arrangements for the 2022 election will ensure communities of interest are effectively represented and the arrangements do not create barriers to participation.

She said the decision on proposed arrangements was “incredibly hard” to make.

“Our region is both demographically and geographically vast. Ensuring we are representing our communities effectively can be somewhat of a challenge,” Keedwell said.

“We also need to consider communities of interest or groups of people who have a particular relationship with an iwi, lake, mountain, or land area, or connected social values such as an education facility, or transport link.

“The fact that we’ve gone out with a proposal for two constituencies rather than one – there was some debate around the table but I think what wins out is the practicality considering the large size of our region.

“There were two issues with having a single constituency – expecting people to cover the entire region, rather than a proportion of it, and also if it’s over the entire region you could end up with two people from Palmerston North where the biggest population base is, and you don’t necessarily have a voice from further out in the region, like in the Ruapehu area where there is a high Māori population.

“We thought splitting it in two was a more effective way of doing it.”

Keedwell says the boundary for the two Māori constituencies has been determined by the number and distribution of voters on the Māori roll.

A northern ward would represent 18,280 Māori voters in the Ruapehu, Whanganui and Manawatū Districts and the parts of Rangitīkei, Stratford and Waitomo Districts located within the Horizons region.

A southern ward would represent 17,560 Māori voters in Palmerston North city, Horowhenua and the parts of Tararua District located within the Horizons region.

The two Māori constituencies have the placeholder names Raki Māori and Tonga Māori but councillors want suggestions for new names.

Keedwell says an increase in councillors will not increase rates.

“While the funding to pay councillors comes out of rates, central government sets the total amount that can be used for this. This set amount will remain the same, regardless of the number of councillors.”

The council is now asking the region’s residents if the proposed overall number of councillors, constituencies they represent, and the names of those constituencies is a fair and effective arrangement.

On the Māori representation arrangements, the public can provide submissions on whether they agree there should be two constituencies and on the proposed boundary and their names, or think there should instead be one Māori constituency with two councillors, Keedwell said.

“We encourage anyone to make a submission and let us know if we have our councillor numbers and constituencies right. All submissions will be considered before a final choice is adopted,” Keedwell said.

Previous: Vaccination clinics prioritising Māori 'swamped by Pākehā’ Next: Iwi partner with council to tackle climate change head on Back to all news