Māori health providers are holding back on Covid-19 vaccinations for children in the face of growing anti-vaxxer protest in the wider Whanganui region. 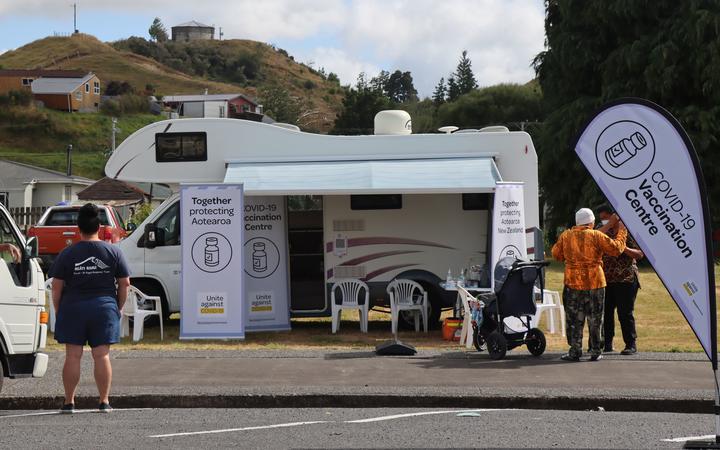 That is despite the area recording the second-lowest rate in the country of vaccinations for children aged 5 to 11 years.

Iwi collective Te Ranga Tupua says one of its mobile vaccination clinics was egged in the Whanganui suburb of Aramoho yesterday and anti-vaxxer activity has been ramping up since children became eligible for vaccination.

According to the Ministry of Health (MOH), as of yesterday only 1600 (24 percent) of 6600 eligible children in the Whanganui District Health Board area have had their first shot. The rate for tamariki Māori is even worse, with only 400 (15 percent) of Māori aged between 5 and 11 years getting their first vaccination.

The Whanganui District Health Board area includes parts of Rangitīkei and the Waimarino/Ruapehu district.

“The anti-vax community have ramped up the rhetoric. It is a health and safety issue for our staff and our frontline teams.”

The iwi collective did not want to bring in security, preferring instead to encourage kōrero, he said.

Te Ranga Tupua is midway through a 15-week effort to lift Māori vaccination rates in Whanganui, Rangitīkei, South Taranaki and the Waimarino.

Pue said the iwi collective was taking the time to engage with parents who had questions or were hesitant before it launched a region-wide child vaccination rollout on 14 February. 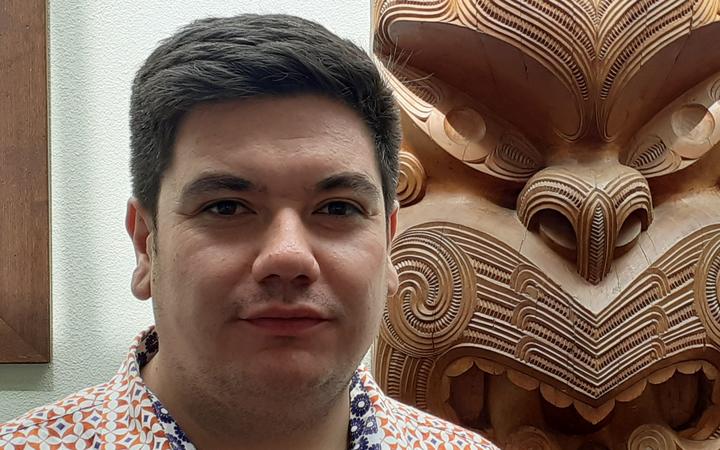 The Whanganui DHB vaccination uptake for both Māori and non-Māori children is the second lowest in the country, with only Northland recording lower numbers.

Spokesperson Louise Allsopp said the DHB was encouraging whānau to talk with their trusted healthcare providers to work through any concerns about vaccinating their 5- to 11-year-olds.

“We are also ensuring existing providers are supported to start vaccinating children when they are ready,” Allsopp said.

“The key things are that people have the right information to make their decision for their whānau, then [that] vaccinations are available from the right people at the right time. There has been a focus from Māori providers on getting accurate information out there before they start vaccinating.”

The public health team was providing support to local school principals around Covid-19 protection measures, including wearing masks at school. The DHB was also supporting additional providers to start delivering Covid-19 vaccinations for both adults and children, Allsopp said.

Covid-19 Māori health analyst Rāwiri Taonui said tamariki Māori vaccination numbers throughout the country were concerning and had to be lifted urgently before the Omicron variant took hold.

“There’s an impression that Omicron causes milder disease and that’s true but the scale of cases is so large that even a small percentage of severe illnesses is quite a serious situation.”

Taonui said MOH data showed 18 percent of tamariki Māori (5-11s) nationwide had their first vaccination compared to 33 percent for all ethnicities. But the gap was much wider due to an undercount of more than 12,000 in the index the MOH used to count vaccinations and the estimated number of tamariki Māori, he said.

“That gap is closer to 25 or 26 percent. A more accurate calculation of the tamariki vaccination is 16.1 percent for Māori compared to 40.9 percent for non-Māori/Pacific.”

Taonui was calling on the government to cut the wait time between first and second child vaccinations from eight weeks to three, and to prioritise the tamariki Māori vaccination rollout to avoid repeating the inequities of the national vaccination programme to date.

“At the moment Māori cases are very low. But at some point there’s going to be a vector by which Omicron begins to make its way into our community and that is likely to come when our children go back to school and begin mixing with kids from other communities and take the virus home.”

The MOH had to release tamariki Māori data to the Whānau Ora Commissioning Agency and other Māori health providers to help them quickly locate children who had yet to be vaccinated, he said.

“That’s a real concern. We could get caught out really quite badly,” Taonui said.

“We are starting to see numbers overseas, for instance in the United States and amongst other indigenous groups, where there’s a lot of children getting ill and child hospitalisations are increasing.

“We’re already in a situation where by mid-January tamariki Māori were 53 percent of all under-12 infection and 63 percent of all hospitalisation. If we don’t get the tamariki vaccination rollout right, those numbers could become even worse.”