A mobile Covid-19 team in Rangitīkei will head into back-block farm stations in the drive to close the vaccination gap for Māori as the country braces for Omicron. 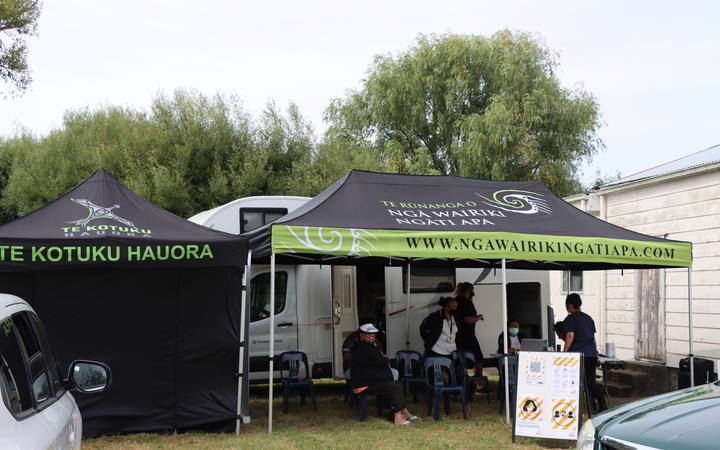 Some parts of rural Rangitīkei have been flagged as areas of concern.

Iwi provider Mōkai Pātea Services said as part of the iwi collective’s efforts it has back-country farms in its sights.

Mōkai Pātea Services general manager Tracey Hiroa said small but significant pockets of unvaccinated whānau on and around some of the remote farms are showing up on vaccination data provided to the iwi collective.

A team from Rangitīkei iwi Ngā Wairiki Ngāti Apa and Mōkai Pātea would work to chip away at those numbers.

“Over the next couple of months until March we’re planning to be taking the mobile clinics up into the rurals of Taihape, up into some of the back block stations,” Hiroa said.

“We’re on the Taihape to Napier Road, the Gentle Annie, and there’s a number of very big stations out that way. A number of their staff are Māori. We are working with a number of those station owners and managers and looking at taking vans up into that area.”

Hiroa – who is also a Rangitīkei District councillor – said in remote areas, low vaccination was often due to lack of easy access to a clinic, and taking a mobile clinic into the back-country was one solution.

She said vaccination uptake in and around the Taihape community had been “pretty good” in general.

“We definitely have whānau that have decided they don’t want it. But over time people have made a decision to be vaccinated. We haven’t had the same level of problem experienced in other areas where they’ve had big numbers of whānau who have decided not to get it done,” Hiroa said.

“The last five months there’s been weekly clinics that have been run here in Taihape and before Christmas we’d had over four and a half thousand people through. They say that about 1700 is the population of Taihape, so that’s a really good rate.”

Previous: Iwi seeks storage for Omicron food and supplies Next: Iwi clinic egged as anti-vaxxers force caution in vaccine rollout for tamariki Back to all news