The number of people with Covid-19 in Whanganui Hospital is climbing as the hospital also deals with a growing number of cases among staff. 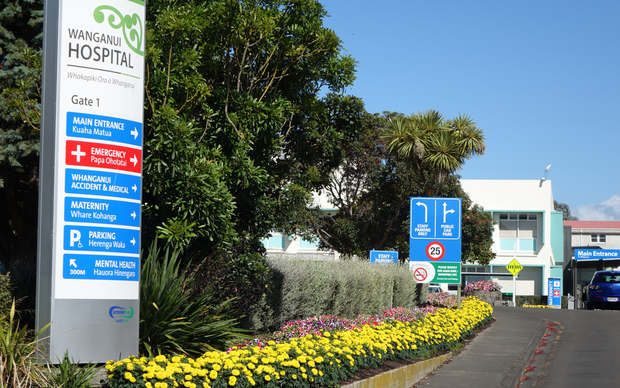 Whanganui District Health Board said there were eight cases in hospital today but most were admitted with other health conditions. One person with the virus was in the critical care unit but not for Covid-19.

Chief executive Russell Simpson said the hospital was seeing a number of people presenting for other health complaints which were the main reason for admission, not Covid-19.

But he said the absence of about four percent of the hospital’s 1000 staff because of the virus was beginning to have an impact.

“At this stage, we’re managing reasonably well across the different areas of the hospital.

“Staffing is becoming an issue as more of our predominantly medical, nursing and allied health workforce become sick themselves and are having to isolate. This morning, we had about 40 staff who were off.

“So we’re juggling a number of the shifts to ensure we have adequate staffing, but it is becoming more of a challenge as community transmission is more prevalent.”

Simpson said not all of the absent staff were Covid-positive – some were isolating because they were either a household contact or were caring for their children.

He said staff absences due to Covid-19 were lower than numbers planned for, based on a worst-case scenario.

“Having said that, for some of our services where there’s only a staff group of, say, four, if you have two of those four off, then half of the service is impacted by the absenteeism.”

The DHB had planned for up to 15 Covid-19 hospitalisations at any one time, Simpson said. If numbers grew beyond that, the hospital would bring in a Covid-dedicated ward where all Covid-positive patients would be nursed.

“It will mean repurposing one of the existing wards, and we’ve got that in our planning process.”

The hospital has six critical care beds. Simpson said at this stage, he was comfortable that would be sufficient but it was impossible to predict.

“Eight hospitalisations is not high in terms of where we have planned for, but as the cases start to increase in the community, which is likely possibly within the next couple of weeks, then this will likely result in more hospitalisations and greater pressure on our health services.”

Simpson said the Whanganui region was likely to be two to three weeks behind Auckland’s Omicron curve. Based on that, cases in Whanganui could peak in another couple of weeks.

“In terms of modelling, no model is perfect and it may be earlier than that or it may be later,” Simpson said.

Previous: Climate change approach tips balance for New Zealand’s only smart city Next: Historic site restoration a boost for tribe’s emotional connection to the land Back to all news