Historic sites in and around Tongariro National Park are to be restored by Ngāti Tūwharetoa hapū as part of a new Jobs for Nature project. 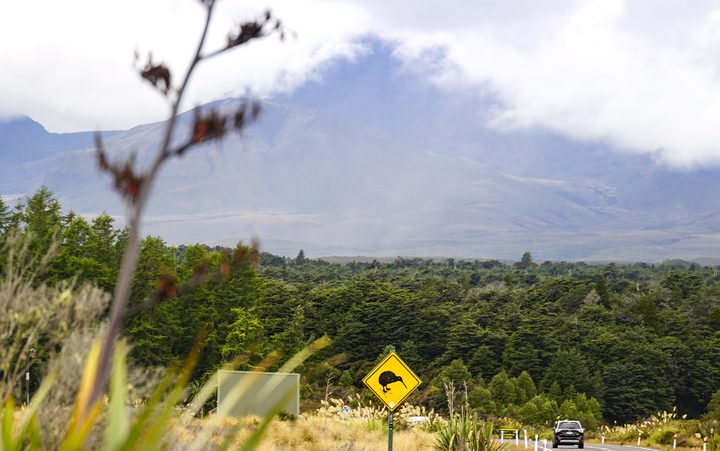 The sites include the Opōtaka pā site on the banks of Rotoaira and Te Pōrere Redoubt, both culturally and historically significant to the Tūwharetoa hapū Ngāti Hikairo and listed by Culture and Heritage NZ.

Opōtaka is the kāinga and pā overlooking Motuopuhi at Rotoaira, where Hikairo chief Te Wharerangi sheltered the Ngāti Toa warrior and chief Te Rauparaha from a war party, and where Te Rauparaha famously composed the haka Ka Mate.

Te Pōrere, not far from Ngāti Hikairo’s Otūkou Marae, is where the prophet Te Kooti built and defended a fortification but was defeated in the last major battle of the New Zealand Wars in 1869.

Conservation Minister Kiri Allan announced half a million dollars of Jobs for Nature funding for the project on Tuesday.

Other sites will benefit from extensive riparian planting to better manage run-off and improve water quality in rivers and streams.

“The work being undertaken in this visually stunning area – including restoration planting using appropriate native species and pest and weed control – is fully consistent with the area’s special values,” Allan said.

“The project, supported by a $542,000 Jobs for Nature investment across three years, marries tikanga, Te Ao Māori and mātauranga Māori with western science and environmental and conservation tools, which will in turn support engagement between Tūwharetoa and government agencies,” the minister said.

Ngāti Tūwharetoa spokesperson Te Ngaehe Wanikau said the work goes beyond an environmental connection with the land. He said it includes “emotional, spiritual and cultural connection” for the people who have lived in the area for hundreds of years.

“This project means everything to Ngāti Hikairo. Hikairo are a hapū of Ngāti Tūwharetoa but in the area around the mountains, at Te Pōrere and all these places at the foot of the mountains on the northern side, Hikairo have been the at-place hapū from the time of Tāmure, which is over 25 generations ago.

“This is the place we celebrate our living, this is the place we mourn our mate. We know every part of it. Hikairo’s connection to this area isn’t an academic connection, it’s a connection of at-place occupation and association, and so this project, being acknowledged as the kaitiaki of these places, reconnects us in a meaningful way.”

Wanikau said the restoration work will celebrate the significance of the land and the stories that go with it.

“The exciting thing for us is that mahi can’t be done without the story. This isn’t just a physical thing to us, it’s not just physically upholding the mana and the mauri of the environment. There’s a reason why we do that mahi – it’s not just the land, there’s a story that goes with it and we will do everything we can to associate the mahi with that story. Otherwise, it’s just dirt.

“If we can’t provide that, we’re just doing mahi – and this is more than that to us,” Wanikau said.

The Minister said at least seven people will be employed to develop environmental plans and undertake technical assessments and restoration planning with all 26 Tūwharetoa hapū.

“This is a great example of investing in capacity building at a strategic level so the practical things can be done effectively and will result in these areas being healthier and able to be sustainably managed in the future,” Allan said.

The sites include areas returned under settlement redress, land managed by the Department of Conservation that is subject to partnership arrangements under the Ngāti Tūwharetoa Claims Settlement, and land declared Manaaki Whenua Tūwharetoa, under the provisions of settlement legislation.