New research released today shows that 93 percent of Māori in Aotearoa experience racism every day, and even more – 96 percent – say racism is a problem for their whānau. 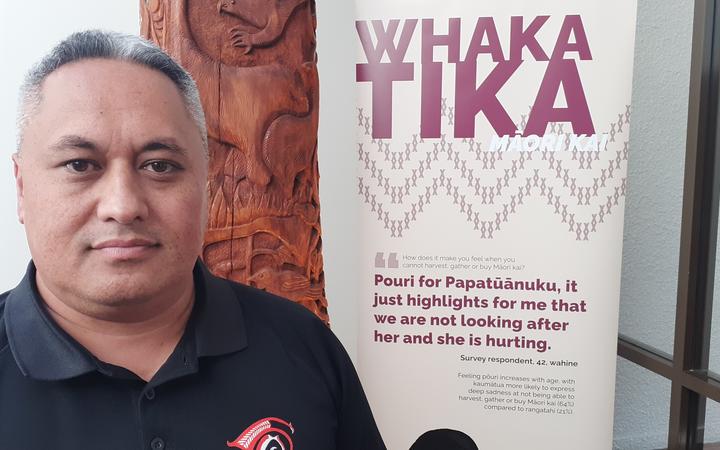 Legal definitions of racism and discrimination fall short of describing the breadth, depth and true cost of racism to Māori, the research finds. That cost includes impact on both physical and mental health.

The research – Whakatika: A Survey of Māori Experiences of Racism – was launched in Wellington today by the independent Māori institute for environment and health, Te Atawhai o te Ao.

Dr Rāwiri Tinirau, who is the director of the Whanganui-based kaupapa Māori institute, said the research surveyed 2000 Māori across Aotearoa in 2019 and 2020 to identify the full spectrum of everyday experiences and the ways Māori coped with, opposed and challenged racism.

“We went into this research knowing that racism was something that our people experienced, but even we were surprised by the data that has come directly from our people, giving us a picture of how embedded everyday racism is in the fabric of our country,” Dr Tinirau said.

“Racism is pervasive – the survey shows the nature and impact of it on our daily lives. Whakatika was undertaken to bring forward Māori voices in the struggle to eliminate racism. Everyday racism prevents us from living our lives in the ways we want to. It enables and maintains existing power structures that systematically disadvantage Māori.”

Racism was experienced by Māori as both act and omission, including micro and macro aggressions, media representation, ignorance and disrespect. This included the invalidation of Māori knowledge, mispronunciation of Māori names, and the celebration of colonisation with colonial statues and monuments.

The survey is part of the research programme He Kokonga Ngākau: Māori Ways of Healing, Recovery and Well-being, funded by the Health Research Council of New Zealand to look at intergenerational trauma.

Dr Tinirau said the research painted a bleak picture of the daily struggles Māori faced. For example, when shopping or seeking services, 89 percent of Māori said they were less likely to receive assistance because they were Māori, and most had been followed, watched or asked to open their bags in a shop. A quarter of those surveyed said they were followed all the time or often.

Eighty-seven percent had seen other Māori being treated unfairly in shops. Most Māori (79 percent) said that non-Māori media negatively portrayed Māori all the time or often, and of the 71 percent of Māori with a Māori name, most (53 percent) had to explain or spell their name regularly.

The survey asked what Māori felt when exposed to racism, with participants saying they were left feeling deeply sad or angry at their experiences.

“This signifies that racism deeply impacts a person’s health – both physical and mental – as well as their wairua,” Tinirau said. “The harms of racism include grief and anger. Racism damages connections and compromises ability to pass on Māori ways of knowing and being to future generations.”

The research also captured the way Māori responded to racism.

“Māori are not passive victims. They react and act. Māori resist by talking back, ‘calling it out’, raising their voices, making complaints, or taking their business elsewhere,” Tinirau said.

Māori also found refuge and respite from daily encounters of racism with their whānau and in “Māori spaces”, where they could talk honestly and discuss their experiences.

“We seek solace amongst ourselves, we confide in our whānau, and we prefer to be in places where we are most comfortable and valued, including our homes, papakāinga (tribal settlements) and marae. These are the places where we have learned different strategies to deal with racism,” Tinirau said.

However, the survey found that it was not enough for Māori to argue back against racism.

“The environments within which racism happens must change,” Tinirau said. “There is a need for a broad range of anti-racism activities. Racism and discrimination are so widespread that they will never be conquered through isolated activities alone, such as unconscious bias training. Addressing racism requires a constant, consistent, Māori-focused, multi-pronged approach.

“I can’t speak for those who inflict racism, but from my own perspective they need a lot of care and support, and their people will need to create and provide healing avenues for them. But for our people, we have seen as we’ve been out on the road gathering peoples’ experiences that those statistics paint a very, very sad picture for us, and our experiences of racism are unfortunately very common. Something needs to be done.”

Read the Whakatika report in full: