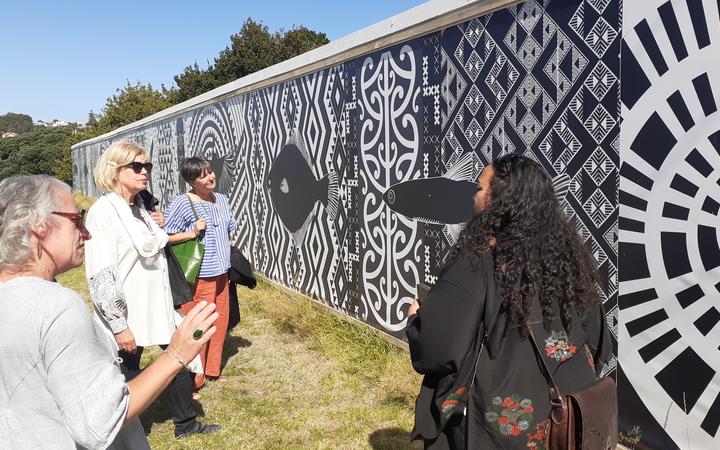 If successful, Whanganui will be the country’s only City of Design, joining 38 other cities around the world including Buenos Aires, Istanbul, Singapore, Dubai and Helsinki. 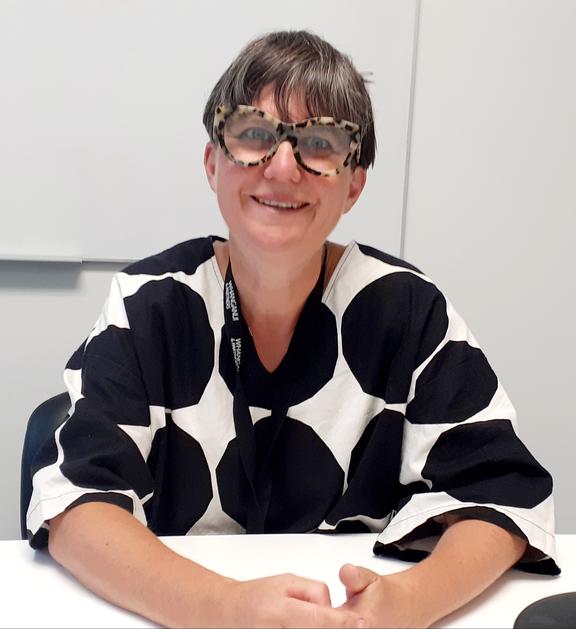 Whanganui & Partners Strategic Lead for Creative Industries and Arts Emma Bugden, who is leading the river city’s application, told Local Democracy Reporting that Whanganui was placing culture and the creative industries at the heart of its economic development plans. It wanted to collaborate internationally with similar-minded cities.

“We’ve been a creative city for over 800 years – we’ve had makers who make functional objects beautiful,” Bugden said.

“Our strength is in heritage: our beautiful buildings that we’ve hung onto and not knocked down like so many other cities; our strength in arts and crafts, both traditional and contemporary, and our strengths in high-value niche manufacturing. The number of makers we have is pretty phenomenal for the size of the city.”

The initiative aims to return creative focus to a city that was once a renowned hub of art, culture and trade. Whanganui Regional Museum (founded 1892) and the Sarjeant Gallery Te Whare o Rehua Whanganui (founded 1912) have valuable collections of national importance, and public art programmes such as the Whanganui Walls mural projects are putting the city of 48,000 on the map.

“Whanganui is bubbling with creativity,” Bugden said. “What I’m really interested in is how we can make those careers sustainable. Artists are attracted to the city because it’s cheap but what are the professional pathways we can provide that make it possible to pay your rent, your mortgage, feed your family and have a meaningful, productive life here without having to move to Auckland or Melbourne or Berlin?”

The creative sector has been identified as critical to the Whanganui region’s economic development. Creative industries in Whanganui showed the highest sector growth in GDP in the year ending March 2020 – an increase of 5.5 percent, Whanganui & Partners said in its quarterly report to council last week.

Bugden said the design city designation would bring obvious benefits such as global identification and a branding point of difference. It would also open a network of connections around the world for partnership and collaboration.

“That’s where I feel really excited, and that’s where I see the opportunities beyond city council – where individual hapū, iwi, makers, museums, galleries, designers and architects can connect with like-minded people across the globe and find potential partnerships we are currently not aware of.”

The art, culture and heritage of the Whanganui river tribes was a key aspect of the district’s design heritage, its thriving contemporary design culture, and the essential place of the sector in Whanganui life.

“I see it as an opportunity to celebrate the history we have and the fact that so many of our current makers and creatives are Māori. It’s a way to connect the past, the current moment and the future aspirations for the city, which I think is really about partnership with iwi.

“It’s a way to show progress and change and development as a city. There are so many challenges facing us, including how to work with iwi in co-design partnerships through Te Awa Tupua [Whanganui River treaty settlement] legislation. That’s the most wonderful opportunity that’s been given to us as a city, and we don’t actually know what that looks like at this point because we’re all learning.”

“In order to get the designation, you have to demonstrate that during the next four years the city will be engaged in a plan of using creativity to shape its development, so it is very much about the future.

“In effect your city becomes a conduit for a conversation about design across New Zealand. It’s meant to be inclusive. It’s not about hanging onto the baubles and keeping everyone else out. It means that we would have the chance to stand up and represent design for the country, which is a really remarkable opportunity.”

Whanganui Regional Museum director Bronwyn Labrum said the museum was perfectly placed to support the bid to become a City of Design.

“The museum is an example of design in itself and has design through all of its collections,” Labrum said.

Labrum said the museum was discussing developing a design exhibition focusing on the history of arts, crafts, ceramics, glass blowing, architecture, fashion and Māori design that the city was known for, as well as lesser-known aspects of design including engineering and emerging stories such as those of international designers and manufacturers Pacific Helmets and Q-West boat builders.

“The city has such a rich heritage and long history, and this is a wonderful opportunity for the project to be truly bicultural,” Labrum said.

As part of the bid to win the global designation, Whanganui & Partners brought two commissioners and the secretary-general of the National Commission for UNESCO to Whanganui this month to discover the river city’s creative heritage.

Bugden said a visit prior to an application being made was unusual but Whanganui & Partners were concerned that while the country’s three existing Creative Cities were well-known – Dunedin (for Literature), Auckland (for Music) and Wellington (for Film) – the relatively small regional centre of Whanganui might be less familiar.

“We wanted to make sure they know what Whanganui is now, and that there are no misconceptions. They had two days here, and we could have done that another three times.”

Kumeroa said Māori art and design, both traditional and contemporary, have a significant place in the city’s creative culture. 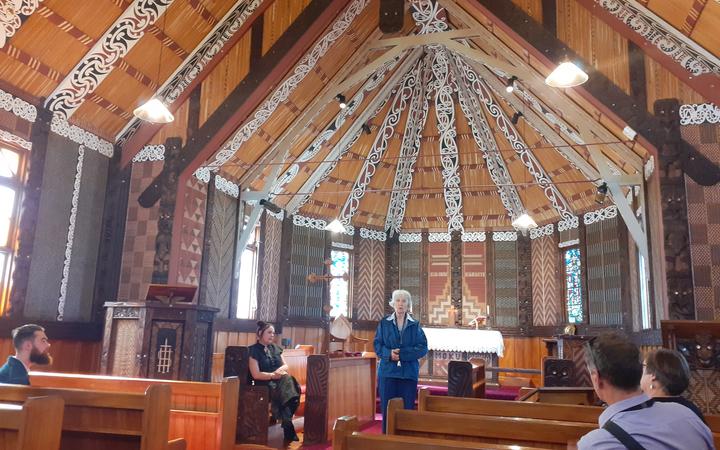 Bugden said a feature of the visit was the engagement commissioners were able to have with the city’s creative community.

“They had lots of genuine engagement about the issues, opportunities and challenges that weren’t a mandated, civic conversation, but were real conversations with real people.

“For this to really work, it has to be adopted and embraced at a grassroots level, not just at council level. A shift occurred during the visit. It really did transform from being something that Whanganui & Partners and council are doing, to something that feels like it’s owned by the city. We all own this application now.”

“We look for that community partnership to be authentic, including partnership with iwi. We would never endorse an application that didn’t have partnership at its core.”

The city’s application will be considered by the National Commission for UNESCO in June. If endorsed, the bid will go to UNESCO’s international Creative City body and must also be accepted by other Cities of Design around the world before it can be approved.

Previous: Most Māori experience racism every day – new research Next: $20m option on cards to replace Whanganui Velodrome Back to all news