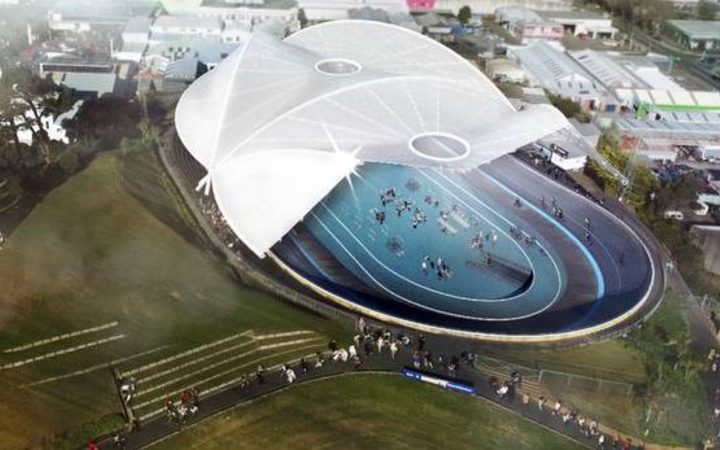 The future of the Whanganui Velodrome is the focus of the council’s first Long-Term Plan community engagement event tonight.

The Velodrome closed in February after a cyclist’s wheel went through a rotten board despite council efforts to restore the deteriorating track.

Now, as the council goes out for consultation on its 10-year plan, the community is being asked for feedback on three possible options for the velodrome’s future:

In its draft long-term plan, the council indicated a preference for the mid-range option 2.

A roofed velodrome would provide a weather-proof cycling track, allow greater use of the asset, and continue to contribute to Whanganui city’s sporting history, the council said.

The council described the velodrome as a significant community sporting asset.

Built in 1995 to international standards, it features a wooden track surface that was once regarded as the fastest in the country. The track is now 25 years old and has deteriorated from exposure to the weather. Failing boards have been replaced over time using the stock of matching hardwood onsite but the level of deterioration has increased year on year.

Mayor Hamish McDouall said the probable impacts on rates and debt for each of the three proposals would be presented at tonight’s meeting.

“Council members are not all decided on this issue,” McDouall said.

“We will be listening to feedback at this week’s meeting and we want as many people as possible to make submissions. Community feedback will be very influential when we go into deliberations.”

The public meeting will be held from 5.30pm to 7.30pm today at the Whanganui War Memorial Centre.