A Covid-19 Māori health analyst says more than 106,000 vaccinated Māori are not eligible for a booster shot until after 1 March – too late to protect against the expected Omicron surge. 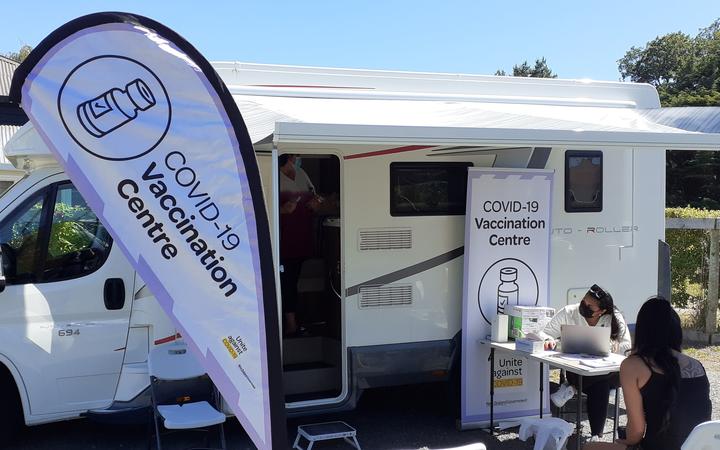 Dr Rāwiri Taonui is calling on the government to urgently pull back the waiting period for boosters from four months to three. He said otherwise Māori will be dangerously exposed to the serious outbreak widely expected by the end of February.

Taonui said the age banding for the original vaccination rollout favoured Pākehā (an overall older population) and pushed Māoridom’s more youthful population to the end of the queue.

“Many Māori didn’t become eligible for vaccination until September 1. Around that time, there was a 23 percent gap between Māori vaccination and the national average,” Taonui said.

“Our health providers have done a really amazing job in terms of narrowing that gap back to 10 percent and that included vaccinating over 106,000 people since November 1.

“But the inequity rolls on because now those people wouldn’t be eligible for a booster until March 1 – and that’s going to be too late if Omicron surges as we expect it will through February.”

Ministry of Health data shows 571,052 Māori aged 12 years and over are eligible for vaccination.

But on Sunday’s numbers, the Māori uptake of boosters was 18.9 percent of the eligible over-18 years population – well behind the national average of 27 percent.

“The government must shorten the qualifying period to three months to meet its obligation under Te Tiriti o Waitangi to actively protect the lives of Māori,” Taonui said.

He said Britain, Australia and some other countries allow a three-month booster waiting period.

“The international reporting is telling us that indigenous peoples, for example in Australia, Canada and the United States, are being disproportionately inundated with Omicron infections.

“This leaves 17.6 percent of Māori aged over 12 years unvaccinated and therefore particularly vulnerable to the hyper-infectious Omicron variant.” Indigenous peoples in countries such as Australia, Canada and the US have been the worst affected by Omicron, Dr Rāwiri Taonui says. Photo: Supplied

The low rate of vaccination for Māori children aged 5-11 years was “very, very serious”, he said.

“The Ministry of Health hasn’t released national figures yet but there are progress figures available for different DHBs. In Auckland, the Māori rate of tamariki vaccination is running at about half that of the rest of the city. That is another area where Māori need more support from the government.”

Taonui said during the holiday period, active Māori cases declined by 70 percent while active Pākehā cases increased. That reflected higher vaccination rates and was a credit to the vigilance and leadership among Māori communities.

Notwithstanding the lower numbers for Māori, the country’s relatively good vaccination rates, compared to other countries, could slow Omicron down but the traffic light system would only go so far with that, he said.

“At the end of the holiday period there was quite a lot to celebrate, except now we’re facing Omicron. We’ve also had cases become more widespread across 18 of 20 DHBs now.

“So the traffic light system actually facilitates the more widespread movement of the virus. Omicron is going to accelerate and increase quite rapidly, certainly before the middle of February.”

Previous: Covid-19 analyst calls for Māori and Pasifika priority in under-12s vaccinations Next: Omicron: A 10-point list to help whānau prepare Back to all news