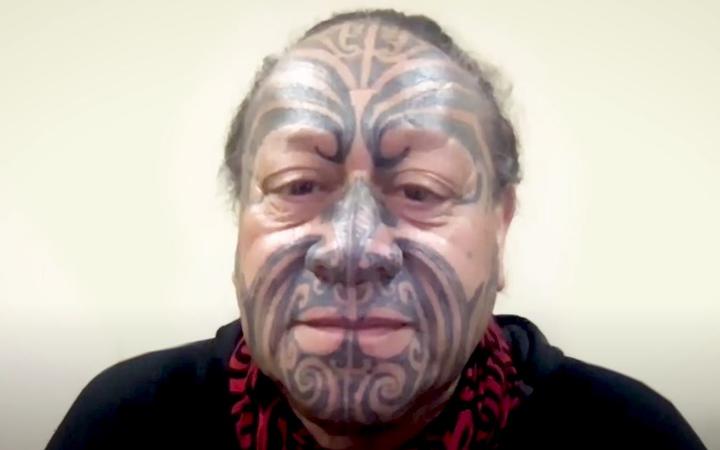 Ngāti Tūwharetoa rangatira Te Ngaehe Wanikau said the iwi wanted to ensure that tribal history taught in schools throughout the country told the full story and made sense to the people it involved.

Sites listed by Culture and Heritage NZ on the central plateau include Opōtaka pā on the banks of Rotoaira, where Ngāti Hikairo chief Te Wharerangi sheltered the Ngāti Toa chief Te Rauparaha from his enemies, giving rise to the haka Ka Mate.

These places were culturally and historically significant to the Tūwharetoa hapū Ngāti Hikairo, Wanikau said.

“Hikairo have sometimes had to sit down and we see something on TV and someone’s talking about our places. And these are people that have never had any association with it – and they’re giving a history that doesn’t make sense.

“So we would like to somehow participate in actually writing the authentic stories.

“I’m not saying the other stories aren’t right – it may be their version, but it’s not ours, the stories that belong to the people of that place.”

The commonly told history of Opōtaka, for example, focuses on how Te Rauparaha came to compose the haka Ka Mate, made famous worldwide by the All Blacks and other sports groups.

Wanikau said there was much more to the story but the full history was rarely told.

The Ngāti Toa warrior chief arrived at Rotoaira with a war party in hot pursuit, appealing to his relative Te Wharerangi for protection. Te Wharerangi told him to climb down into a kūmara pit, whereupon Te Wharerangi’s wife Rangikoaea sat over the entrance to the pit, with her tapu as a woman thereby both physically and metaphysically shielding Te Rauparaha from the pursuing warriors.

“He knew it would cost him his life, but he still gave refuge to Te Rauparaha, knowing that there would be retribution.

“These are parts of a story that people don’t hear and it’s something that we can do, without diminishing the mana of stories that belong to other iwi. We’re just adding to and contributing to the whole story.

“Ngāti Toa rangatira and Ngāti Hikairo have a great relationship. Especially at the time of Iwi Nicholson – he’d come through to Rotoaira and wānanga with us almost annually, and that story of Te Wharerangi and Rangikoaea and the connection to Te Rauparaha was alive.”

Minister of Conservation Kiri Allan last week announced $542,000 of funding for environmental restoration work by Ngāti Tūwharetoa at sites of tribal significance like Opōtaka and Te Pōrere, where Māori prophet Te Kooti, founder of the Ringatū faith, built and defended a redoubt but was defeated in 1869 in the last major battle of the New Zealand Wars.

Wanikau said the restoration work could not be separated from historical tribal connections with the land.

“That mahi can’t be done without the story,” Wanikau said.

“It’s not just an environmental connection, a physical connection – it’s more than that: it’s an emotional, spiritual and cultural connection which includes some of these [stories].

“Our people that are doing the mahi will be celebrating the story, we will find some way. And from that physical mahi [we will] also highlight why we do that mahi.

“There’s a reason: it’s the story of the land. We will do everything we can to associate that mahi with that story, otherwise ehara i te whenua, he one he paru noa iho – it’s just dirt.”